This week marks the end of an era at the George Tavern Greenhills, as the keys to the award-winning pub are handed over to new owners Thomas Hotels.

After more than 20 years at the George Tavern, Greenhills hospitality couple Dan and Janine Redman described the sale of the hotel as a bittersweet, but necessary move.

The sale, brokered by highly-experienced, Hunter-based broker Deane Moore from Moore & Moore Real Estate currently represents the highest price paid for a hotel in the Newcastle Hunter Region to date.

But for both Dan and Janine, running the hotel has been more than a business. It has been something that has changed and shaped their lives for more than two decades.

“This place has been more than a business to us,” Janine said.

“It’s been part of our family and many of the team here feel like our children in a lot of ways. For as long as we’ve been here, our motto has always been ‘Your Local Pub’, and for us that has meant being a true part of the community. This hotel has changed our lives and we’d like to think the community support we’ve been able to provide has also had a positive impact on the lives of people around us.”

After coming into the business as silent partners in 1998, Dan and Janine, who until then had been running a local accounting and business development company, inevitably took over the hotel in 2004 and made it their own.

“We were never hoteliers prior to coming into the George,” Dan said.

“We had business expertise yes, but we’d never actively run a hotel. It was a steep learning curve to say the least, but 20 years on we certainly have no regrets.”

Throughout their time at the helm, the hotel has undergone a major transformation and hosted numerous fundraisers that the couple believes have together amounted into hundreds of thousands of dollars, if not more.

“Through our weekly draws and raffles that are allocated to, and run by, local community groups some organisations such as Maitland FC have been able to raise more than $100,000 over the years. In addition to that we’ve had numerous stand-alone fundraisers held for people who have needed a helping hand,” Janine said.

"Our fundraiser for former bar manager Dom Punch, who in 2016 sustained a life-changing football injury, was another example of how this venue has been a platform for supporting those who need it most.

“But it’s our community and patrons who really made that possible. Whatever or whoever it is we wanted to support, they always showed up, dug deep and were willing to help. We’ve been the platform, but they are the heart behind it.”

“But it’s our community and patrons who really made that possible. Whatever or whoever it is we wanted to support, they always showed up, dug deep and were willing to help. We’ve been the platform, but they are the heart behind it..."

The generous spirit of Dan, Janine and the team at the George Tavern was recognised by its industry peers in 2016 when it was named NSW and then National winner of the Australian Hotels Association Heart of the Community Award.

As locals themselves having spent most of their lives in the Maitland area, both Dan and Janine’s close ties to the community also paved the way for an extremely successful renovation of the venue in 2010.

“We were really the last local pub to carry out a full-scale renovation in this area, but we knew we wanted to give the community a place where everyone would feel at home,” Janine said.

“It was so important that we stayed true to our ‘Your Local Pub’ framework and to do that we needed a design that allowed our blue collar clientele to come in straight from work and feel comfortable, but also lent itself to ladies looking for a night of cocktails, and local families wanting to come for a meal and enjoy their time here.

“We traded right through the renovation and our locals just kept coming in. I remember sometimes seeing them cover their drinks with their hands as tradies worked away, but they never stopped coming. That’s just the kind of community we have here. People who will support us and each other through everything.”

With their own lives so intricately woven within the fabric of both the hotel and local community, making the decision to leave the George has not come easily for the couple. 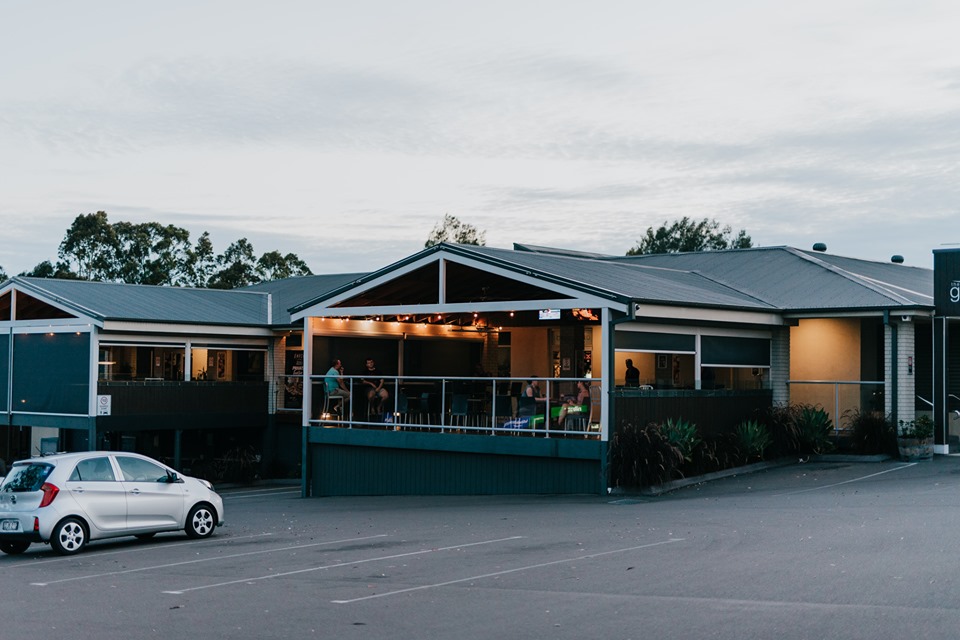 “We traded right through the renovation and our locals just kept coming in. I remember sometimes seeing them cover their drinks with their hands as tradies worked away, but they never stopped coming..."

But when circumstances meant they could no longer devote 100 per cent to the business, Dan and Janine knew it was time to put the hotel and their community first.

“This hotel is an incredible platform for making a difference and we knew that if we couldn’t continue giving it the commitment it deserved, then the right thing to do was step away,” Janine said.

“For some of our staff this place represents their forever jobs, and for others it’s a place to jump-start their careers. It allows community groups to raise money that can change lives, it’s a place where people can find company, celebrate, commiserate, come together and most of the time just have fun.

“As hard as it’s going to be on Monday, it’s time we handed the reins to the right person who can give it 100 per cent and make sure all those incredible opportunities continue.”

“This hotel is an incredible platform for making a difference and we knew that if we couldn’t continue giving it the commitment it deserved, then the right thing to do was step away..."

And while stepping away is sure to be emotional, the couple are confident they found the right buyer for the hotel.

“We were determined to find the right person and as such, we chose not to go to the open market,” Janine said.

“We instead engaged highly-experienced Hunter-based broker Deane Moore from Moore & Moore Real Estate to find the right buyer for ‘our baby’.

“We were very particular on who we met with throughout that process. It had to be the right person and in the end we agreed Thomas Hotels, which also owns the Premier Hotel at Broadmeadow, was the right fit.

We are confident they understand the importance of our community and will ensure the hotel continues to represent the legacy we’ve built.”

Thomas Hotels will take over the George Tavern, Greenhills on Monday, 26 August 2019.